Every entrepreneur knows adversity from the word “go.” Those who know me, or who’ve followed my columns, know that I have dealt with business failures, life crisis and, most painfully of all, the death of my son Cameron, “Iron Williams,” who was also a member of my company and who passed away after a valiant battle with a rare gastric cancer in 2008. The difference between great entrepreneurs and those who are defeated by adversity comes down to three traits, I believe. Those who respond with courage, fortitude and gratitude come away from their adversity strengthened, and may even use their most difficult experiences as a catalyst for new kinds of business that would not have occurred to them before.

I met just such an entrepreneur this past week—Amy Regenstreif—and we became instant friends. Living in San Diego, she has been battling a rare cancer, Retroperitoneal Leimyosarcoma, since 2001. Over the past 15 years she has learned, through her own experience and from the help she has given to others, how to advocate for patients who are caught in the morass of the healthcare system.

As the single mother of twin daughters who are 27 (her former husband passed away from complications of diabetes), Regenstreif has moved beyond her own challenges to speak, consult and advocate for health insurance reform. She is a living example of each of the three “adversity mastering” traits:

Related Article: Disrupt … or Be Disrupted

I am a small business owner, social media manager, and consultant currently living in Irvine, California. My interests range from entrepreneurship to causes. I am also interested in crafts. View all posts by Blog Archives LLH Enterprises 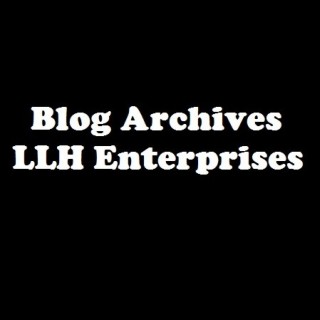 I am a small business owner, social media manager, and consultant currently living in Irvine, California. My interests range from entrepreneurship to causes. I am also interested in crafts.